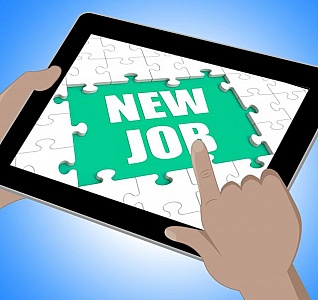 Which records are eligible? A whole pile of ’em.

If your criminal record shows a petty offense or drug petty offense conviction, wait just one year after the final disposition or release from supervision, whichever is later, have no new criminal convictions since then, and you’re eligible. Simple as that.

Perhaps you’ve got a Felony. If it’s a Class 4, 5, or 6 Felony conviction, a Level 3 of 4 Drug Felony conviction, or a Class 1 Misdemeanor conviction your wait is 3 years after the final disposition date or release date from supervision (whichever is later).

Maybe your offense isn’t listed in the above categories?  You still have hope under the new law.  Subject to some limitations discussed below, for all other offenses you may file for a record seal after waiting 5 years from the date of final disposition or release from supervision (whichever is later).

Relief under this new law potentially opens up many opportunities for those with criminal records who previously couldn’t obtain employment, housing, or were generally disadvantaged due to the stigma of a criminal record.

Pay your fines! You can’t seal your records if you still owe court fines, costs, and/or restitution.

There’s no hearing necessary to seal a petty offense or a drug petty offense.  As long as the person has not been convicted of a criminal offense since the date of the final disposition or release from supervision (whichever is later) in the case he/she is requesting to be sealed.  If the motion is sufficient on its face, no hearing is necessary, and under the new law the Court shall order that the records be sealed after the motion is filed.

When a motion is filed to seal a Class 2 Misdemeanor, Class 3 Misdemeanor, or any Drug Misdemeanor, a copy of the motion goes to the District Attorney’s Office for their input.  The District Attorney may or may not object to the motion.  If the DA doesn’t object, and the records don’t pertain to a Victim’s Rights case, and the petitioner hasn’t been convicted of a criminal offense since the date of release from supervision or the date of final disposition of the case to be sealed (whichever is later), the Court shall order the records to be sealed (i.e. “express lane”, no hearing required).  On the other hand, if the DA objects, the matter relates to a Victim’s Rights case, and/or the victim objects, the Court shall set the matter for a hearing.  If there’s a hearing, the Court will decide to grant or deny the motion after essentially considering if the petitioner’s interest in sealing the records outweighs the public’s interest in keeping the records open to the public.  The Court will also need to determine that the petitioner hasn’t been convicted of another criminal offense since final resolution of the case or release from supervision, whichever is later.

Bottom line: there’s no reason to panic if the DA objects.  Obviously a DA’s objection typically doesn’t help the case, however it’s up to the Court to determine if the petitioner’s interest outweighs the public’s.  Showing how the petitioner has been negatively impacted in the past, currently, and will continue to be impacted in the future as a result of the open records can be critical in tipping the scales in favor of the petitioner.  Proper preparation for the hearing is essential in these cases.

When a motion to seal is filed regarding a Class 4 Felony, Class 5 Felony, Class 6 Felony, Level 3 Drug Felony, Level 4 Drug Felony, or a Class 1 Misdemeanor notice of the motion goes to the District Attorney and he/she has the opportunity to object.  If the DA does not object and the case being sealed does not pertain to a Victim’s Rights case, the Court may grant the motion with or without a hearing (it’s up to the Court).  On the other hand, if the DA objects, or the matter relates to a Victim’s Rights case and the Victim requests a hearing, then the Court shall set the matter for a hearing.  The Court will then grant or deny the petitioner’s request to seal the records after determining whether the petitioner has not been convicted of a criminal offense since the final disposition in the case or the release from supervision, whichever is later and whether the petitioner’s interest in sealing the records outweighs the public’s interest.

For all other offenses that don’t fall into the above categories (and not subject to an exception below), the petitioner must provide a copy of the motion to the DA and the matter will be set for a hearing with the Court.  A Court may seal the records if it determines that the petitioner has not been convicted of a criminal charge since the final resolution in the case or release from supervision (whichever is later).  Further, the Court must determine if the petitioner’s interest in sealing the records outweighs the public’s interest in keeping the records open and available.

Unfortunately, here comes the list of all the records that aren’t eligible for a record seal (the exceptions):

Class 1 or 2 Misdemeanor Traffic offenses, Class A or B Traffic Infractions (for whatever reason the Courts don’t want people sealing traffic cases)

Offenses with an underlying factual basis of unlawful sexual behavior.

Sentence for an extraordinary risk crime.

Sentence for a crime involving a pregnant victim.

Sentence for a crime pertaining to a special offender.

Sentence for a crime with an underlying factual basis of domestic violence.

Sentence for a criminal conviction for a sexual offense.

Sentence for a crime of violence.

Sentence for a felony offense under the Cruelty to animals statute CRS 18-9-202.

Sentence for an offense under part 1 of article 6 of title 18.

Sentence for an offense under the identity theft statute CRS 18-5-902.

That’s the end of the exceptions.  Even though the list of exceptions is lengthy, the good news is that the list of eligible offenses is equally lengthy.  Thus, this new law has the ability to be a real game changer for many hard working people who are hindered by a criminal record.

It’s also worth noting that there’s a “loophole” of eligibility for misdemeanors that aren’t technically eligible for a record seal (whereby you might be able to get it sealed anyway).  If the DA consents to the record seal or if the Court finds by clear and convincing evidence that the petitioner’s need for sealing the record is significant and substantial, enough time has passed that the petitioner is no longer a threat to public safety, and keeping the record open in public is no longer necessary to protect or inform the public, the Court may seal the record.

Now that Colorado has greatly broadened the list of offenses that are eligible for a record seal, the only question that remains is: “if your record is eligible, why wouldn’t you seal it?”