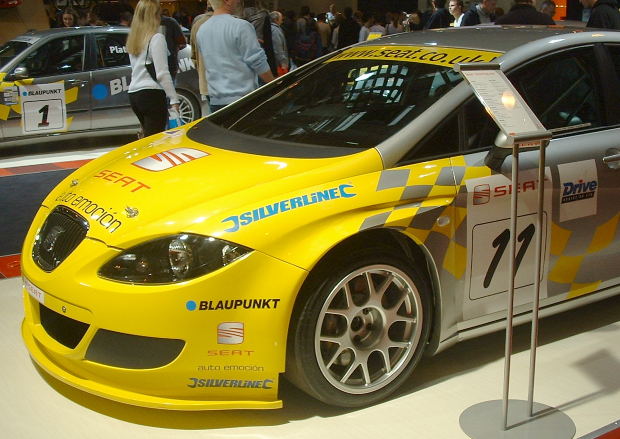 Picture yourself enjoying Colorado’s blue sky and sunshine and reaching into your mailbox to find this little “gem”:

“Colorado Department of Revenue records indicate that your ignition interlock device has prevented the operation of a motor vehicle in three of twelve consecutive reporting periods due to excessive blood alcohol content.  In accordance with CRS 42-2-132.5 the period of your driver license interlock restriction is hereby extended for an additional one (1) year from the current expiration of your restriction.  If we do not receive a new lease agreement by the Order of Suspension effective (date indicated in letter) through the extended restricted licensing period, your privilege to operate a motor vehicle in Colorado will be suspended.  If suspended, you must immediately surrender any driver licenses and/or permits in your possession to any driver license office.”  [Credit to: Colorado Department of Revenue, Driver Control Section, Colorado Division of Motor Vehicles, Standard Letter to Respondent, Letter# dL408 (2017)]

What should you do? Panic?  Ask you neighbor for advice?  Sign-up for another year with that damn interlock machine?  The answer is no, no, and no.  You should immediately request a hearing.  As of the date of this blog post, DMV ignition interlock violation hearings are backlogged  6-8 weeks just to receive a Notice of Hearing letter and you must first secure a spot on a waiting list.  As soon as your name appears at the top of the waiting list, the Hearings Division will mail you a Notice of Hearing letter setting the hearing.  Most of the hearings anymore are held via telephone.  If at all possible an in-person hearing is typically better than a telephone hearing.  However more and more hearings are being scheduled telephonically and a Respondent may not have a choice.  If a hearing is requested, the Hearings Division may postpone the effective date of the extension until after the hearing.  It is vitally important for a Respondent to clarify this information with the Hearings Division and determine the status of the driver’s license until the hearing.

What if a driver gets their regular unrestricted license back before violations are reported to Colorado DMV- can Colorado DMV still cause an ignition interlock extension?  The short answer is yes.  Even if a driver gets their unrestricted full privileges back, they can still be subjected to an ignition interlock extension for violations that occurred before the driver got their license back.

The sole issue at a hearing for an extension of an ignition interlock period is whether “lockouts” occurred in 3 of any 12 consecutive reporting periods, and if proven, to then determine the length of the extension.

A Hearing Officer may determine the following as “aggravating factors” in determining an extension period: 2 or more lockouts in 1 month, a prior extension for lockouts, a pattern of readings consistent with attempted drinking and driving, any BAC readings of .05 or higher, lockouts in more than 3 of the 12 consecutive months at issue, and any lockouts in the last 6 months of an ignition interlock lease agreement.

A Hearing Officer may determine the following as “mitigating factors” in determining an extension period: any factors the driver may submit in mitigation (obviously this is very subjective), attendance at alcohol treatment after the last lockout, only 1 lockout in each of the 3 months and no lockouts in any other months at issue, more than 1 year remaining of the interlock requirement, and alcohol readings subsequent to the last lockout indicating that the driver walked away from the vehicle and did not re-attempt to start it after consuming alcohol.

END_OF_DOCUMENT_TOKEN_TO_BE_REPLACED 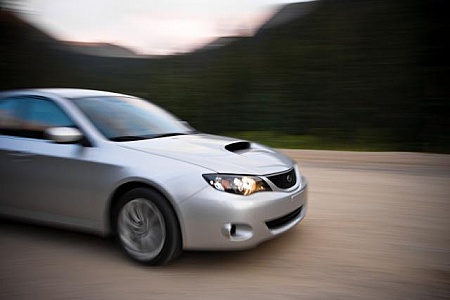 Governor Hickenlooper just signed Senate Bill 17-027 on June 1, 2017.  This law increases the penalties for texting while driving, however it appears that the elements required to prove a violation have also increased.

CRS 42-4-239 provides that a person under 18 years of age is prohibited from using a cell phone while operating a motor vehicle.  A violation of this provision of the statute is a Class A Traffic Infraction punishable by a $50 fine.  A second violation of this provision remains a Class A Traffic Infraction and carries an increased fine of $150.  1 point will be assessed against an under 18 year old driver’s record for either a 1st or 2nd offense.

CRS 42-4-239 further provides that a person shall not use a cell phone “for the purpose of engaging in text messaging or other similar forms of manual data entry or transmission while operating a motor vehicle.”  A violation of this subsection of the statute is a Class 2 Misdemeanor Traffic Offense (criminal traffic offense) subject to a $300 fine and 4 points against a driver’s record.

If the violation is the proximate cause of bodily injury to another, the classification of the offense increases to a Class 1 Misdemeanor Traffic Offense (criminal traffic offense) and carries a possible penalty from 10 days to 1 year in jail, a fine of $300 to $1000, and 4 points against a driver’s record.

If the violation is the proximate cause of death to another, the classification of the offense is also a Class 1 Misdemeanor Traffic Offense (criminal traffic offense) and carries a possible penalty from 10 days to 1 year in jail, a fine of $300 to $1000, and 4 points against a driver’s record.

The state must be able to prove that a law enforcement officer saw the driver use a cell phone for the purpose of engaging in text messaging or other similar forms of manual data entry or transmission in a manner that caused the operator to drive in a careless and imprudent manner, without due regard for the width, grade, curves, corners, traffic and use of the streets and highways and all other attendant circumstances, as prohibited by CRS 42-4-1402 (the careless driving statute).

Thus basically, the state must prove the following:

Clearly the aim of the statute is public safety.  Texting while driving is an extremely dangerous activity that puts lives at risk.  However, there could be much litigation in the courts regarding which violations actually satisfy the elements of the statute.  Many different factual scenarios could emerge.  For instance, what if someone is typing an address into a GPS/Navigation system and is charged under this statute?  A GPS/Navigation is not a wireless phone.  A “wireless telephone” by statute is defined as a telephone that operates without a physical, wireline connection to the provider’s equipment.  It includes, without limitation, cellular and mobile devices.

Another example may include someone entering data into an IPad or Tablet while driving.  An Ipad or Tablet may or may not be construed as a wireless phone.  If an Ipad or Tablet is able to make and receive calls, does it qualify as a “wireless telephone”?  What if someone was clearly using a wireless phone and texting, however he/she was not driving carelessly?  Thus, as long as they’re not driving carelessly is it then “ok” for them to text and drive as much as they want?  What if someone was using a cell phone to play “Pokemon Go” and was driving carelessly.  Does playing “Pokemon Go” satisfy the element of “manual data entry or transmission”?  The factual possibilities are endless.

END_OF_DOCUMENT_TOKEN_TO_BE_REPLACED 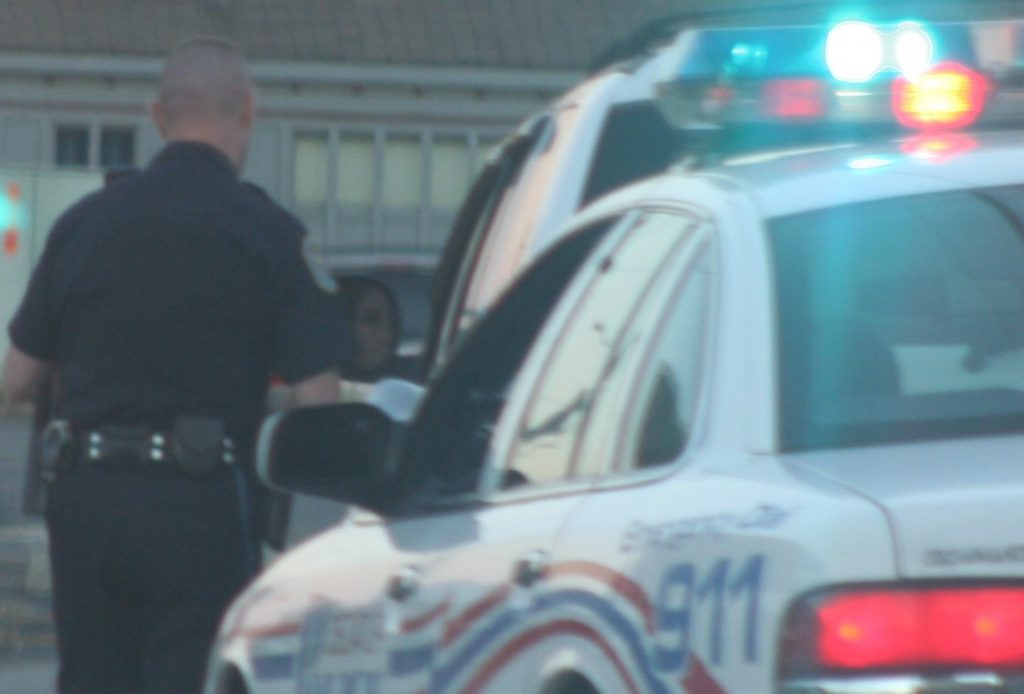 An article in the Denver Post by Mike Klis and Ryan Parker reports that Denver Broncos player Von Miller has an unpaid traffic ticket and warrant out of California:

“Denver Broncos star linebacker Von Miller has an open warrant for his arrest in California. Susan Schroeder, spokeswoman for the Orange County District Attorney’s Office confirmed to The Denver Post that Miller has a warrant for failure to appear on a traffic ticket issued last year. It is unclear what effect this will have if Miller travels to California when the team plays either the Raiders or Chargers, as Schroeder said the warrant pertains to the entire state.”

In Colorado, most traffic warrants are statewide. When a person fails to appear for a traffic ticket in Colorado, the judge will typically issue a bench warrant for the person’s arrest. Thereafter, the Court will send a notice in the form of an Outstanding Judgment Warrant (OJW) to the Colorado Department of Revenue Division of Motor Vehicles (DMV). Once the DMV received notice of the OJW, they will send a firm letter (some might call it “nasty”) to the driver informing them that they have a few days to clear up the OJW before their license is suspended.

If the driver does not act within the set time period (typically 30 days), his driver’s license will be suspended. Thereafter, if the person drives and is stopped, he will likely be charged with driving under suspension which could lead to jail time, fines, and possible the further suspension of the person’s driver’s license for an additional year. Thus, it is critical to clear up any OJWs on a driver’s record immediately.

Out of state warrants, like the warrant in the Von Miller case can lead to the suspension of a Colorado driver’s license as well. Most states communicate with each other through the interstate compact and will put a driver’s privilege to drive on hold through the National Driver Registry. Thus, traffic warrants and tickets usually catch up with a person eventually whether they are in-state or out-of-state.

Multiple unpaid tickets and warrants cause even further trouble. In Colorado, if a person is convicted of three or more major offenses in a 7 year period, his license will be suspended for 5 years. Driving under suspension is a habitual traffic offender offense.

“Denver Broncos linebacker Von Miller, already suspended for the first six games of the season, now faces more legal problems according to a CBS4 investigation. CBS4 has learned the star linebacker was stopped again by law enforcement last week and cited for driving while his license was suspended and speeding, adding to a multitude of legal woes. Arapahoe County officials confirm that late last week an Arapahoe County deputy stopped Miller for speeding in the vicinity of his home in Arapahoe County. A routine computer check showed that Miller’s license had already been suspended. Arapahoe County Sheriff Grayson Robinson told CBS4 that Miller was not jailed but was cited for the license violation and speeding. He said Miller was with his father, who was then allowed to drive the car.”

Adding to Miller’s woes appears to be a third case stemming from 2012 for failure to appear in Arapahoe County. The Denver Post, Mike Klis and Ryan Parker write:

“When Miller was arrested by the Arapahoe County Sheriff’s Department in August on a warrant for failing to appear in court stemming from traffic violations in October 2012, he didn’t know about the warrant or court appearance. “That was on me,” Miller told Denver reporters Aug. 20. “I’ve just got to be more responsible. It was a ticket from back in (October). I’m not making any excuses, like I said before. I’ve just got to grow up, be more mature and take care of business.”

The best avenue for anyone who has one or more driving under suspension cases is to immediately stop driving and sort out the legal issues and driver’s license reinstatement issues before getting behind the wheel. There are many approaches to these types of cases. Often times jail and further driver’s license suspensions can be avoided with a very careful and meticulous handling of the cases. I’ve personally represented clients who have had upwards of 7 driving under suspension cases pending in various Colorado courts all at the same time with winning results. Although each case is unique, an experienced traffic attorney can make a world of difference in these cases.
END_OF_DOCUMENT_TOKEN_TO_BE_REPLACED