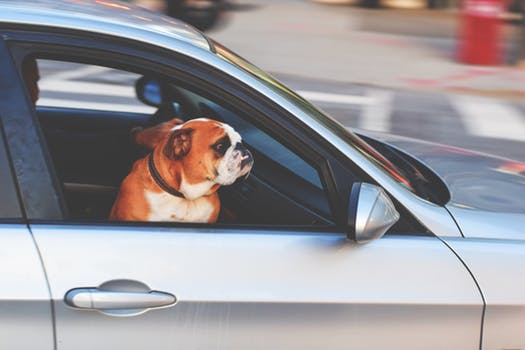 In Colorado it’s illegal for a driver to drive a motor vehicle when the person knows that their license is “under restraint”.  “Knowledge” of the restraint is an element that the district attorney’s office would have to prove in order to obtain a conviction if the matter were to proceed to trial.  Sometimes the “knowledge” element may be difficult for a district attorney to prove due to various factors such as a driver not receiving a notice of suspension letter in the mail from DMV.  “Knowledge” under this law pertains to actual knowledge of any restraint from whatever source.  “Knowledge” does not mean that the person had to have knowledge of a specific restraint or the length of the restraint.

Colorado’s driving under restraint law applies to persons who are driving under suspension, restraint, denial, and revocation.  Further, this law applies to both residents and non-residents of Colorado.  The violation of this law is a misdemeanor with a maximum possible jail sentence of 6 months and a maximum possible fine of $500 for offenses committed when the person’s license is under restraint, suspension, or revocation for reasons not related to alcohol traffic violations such as driving while ability impaired, driving under the influence, driving under the influence per se, or underage drinking and driving.  This statute specifically notes that this penalty applies to offenses that occurred on or after July 1, 1974.

Under Colorado law, if there is a second or subsequent conviction for driving under restraint whereby the restraint is not due to an alcohol traffic violation and the conviction occurs within 5 years of the previous conviction, the division of motor vehicles (DMV) will not issue a driver’s license to an adult or minor for 3 years after the second or subsequent conviction.  This DMV penalty is in addition to any penalty imposed by the court for the driving under restraint charge.

A second or subsequent conviction carries an even more enhanced penalty of a minimum of 90 days in jail up to a maximum of 2 years and a fine of $500 dollars up to $3000 dollars.  The minimum 90 day jail sentence is mandatory and the Court does not have discretion to grant probation or a suspended sentence.  In cases where a driver is convicted of driving a motor vehicle under restraint (and the restraint due to an alcohol offense) a driver may avoid the mandatory jail provision if she can show that she had to drive due to an emergency.  This, however does not mean that the driver will absolutely avoid any jail, but rather it simply means that the driver is not subject to mandatory jail.  The possible maximum penalty under this factual situation for a first offense is 1 year with a maximum fine of $1000.  For a second or subsequent offense where it is shown that an emergency necessitated the driving under restraint, there is no mandatory jail, however the court may impose in its discretion jail of up to 2 years and a fine not to exceed $3000.  If the second or subsequent driving under restraint due to an alcohol offense occurs within 5 years after the first conviction, then DMV will further sanction the driver in that she will not be eligible for a driver’s license for 4 years after the second or subsequent conviction.

When there is a verdict or judgement of guilt for an alcohol or non-alcohol related driving under restraint, the Court shall require the driver to immediately surrender his driver’s license issued by Colorado or another state.  Thereafter, the Court shall complete a special form notifying the DMV of the notice of verdict or judgment of guilt and send the driver’s license with this form to DMV.  The law further reads that a person who does not surrender her license to the court commits a separate misdemeanor traffic offense.  Thus it is important for drivers (and the courts) to be aware of this additional surrender requirement.

If a person drives a motor vehicle in Colorado and the restraint is due to an outstanding judgment warrant (OJW), then the penalty is reduced to a non-criminal traffic infraction.

If a person is convicted of driving under restraint whereby the restraint was not initiated by an OJW, the person’s eligibility for a driver’s license at DMV will be extended by one (1) year.  In other words, in addition to the criminal penalties provided by the Court, DMV will also impose a sanction whereby a person will not be eligible to reinstate their driver’s license for a period of 1 year on top of their current eligibility date.  This is a very common issue that surfaces when drivers elect to represent themselves in driving under restraint cases in court.  Sometimes a pro se defendant (a person without a lawyer) will achieve a reduced charge in a driving under restraint case and maybe even avoid jail time.  However, the person soon learns thereafter that because they pleaded guilty to a moving violation during the period of restraint that they will now lose their license for 1 year (and they are not eligible for any kind of “red license” , “work license”, or “probationary license” during this 1 year period).  Thus due to the potential collateral consequences at DMV, driving under restraint cases can be much more complex than simply rushing through the court process to get a plea so that one may return home to catch the last few minutes of Orange is the New Black on Netflix.  Achieving a good resolution in the criminal case is only half the battle.